IGS = Idea Generator Scientist, the pioneer of this company and the Prime CEO of this infotrim network company.

[
*** PTR: Idea Generator Scientist is the name given based on the creative personality of the pioneer of this infotrim network company which can be seen based on the content written and some other creations in the various form will be seen in the future.

There is no ego in it. Everyone is a scientist who is logical and scientific to themselves, along with the power of creating something new but in a different way which is scientific and logical.

Always aim high when it comes to your creative personality. Never settle for less. Your belief system works; that’s what says what you think, what you feel, what you do, and that’s what you will become.

Analyze and make it done better repeatedly after learning from your own and other’s mistake as well. Just don’t be a blind follower.

Sometimes the whole world is wrong, and one person is right. It’s because you have discovered something new in you that the entire world is unaware of. So never doubt yourself in making yourself better than the best version of yourself.
]

Use the below form for subscribing to this blog. You will be notified through email. If email is not received, simply visit this site once in 3 days to see the newly published post for reusing it as Creative Commons Videos. 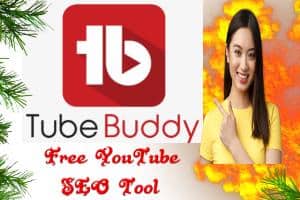